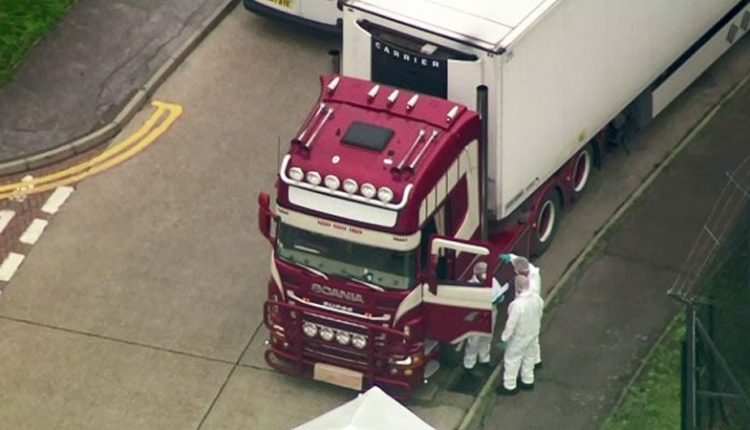 Vietnam police have charged seven people for finding 39 deaths in a refrigerated truck shipped from Belgium near London last year. Several British media have reported this on Friday.

On October 23, 39 corpses of Vietnamese, including two 15-year-old boys, were found in a refrigerated container in Grays. They were killed by suffocation and overheating. The container was collected after shipping from Zeebrugge in the port of Purfleet.

In Vietnam, seven people, including a Vietnamese woman living in China, have now been charged with illegal emigration. In particular for the creation of immigration profiles for 67 people in Vietnam, to be able to work illegally in Great Britain and Europe reported The Guardian.

The police referred in the statement to the case of one of the victims. “They contacted the victim and charged her $ 22,000 ($ 20,360, ed.) For the documents. She was then taken to China, France and the United Kingdom. “

Earlier arrests were made in England and Ireland, including trucker Maurice Robinson who picked up the container in Purfleet and trucker Eamonn Harrison who transported the container to Zeebrugge.

Robinson, who was arrested immediately after the macabre find, pleads innocently for the 39-fold manslaughter and gang formation for human trafficking. He has already known how to bend for assistance with illegal immigration and the acquisition of criminal property.