Trump Landed in Brussels for the NATO Summit 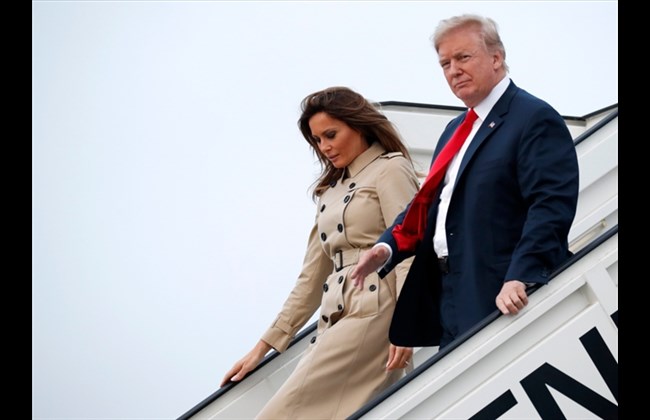 US President Donald Trump landed in Brussels for the NATO summit on Tuesday evening. On Wednesday morning, other heads of state and government from the 29 Member States will arrive. This puts a lot of stress on the security services. And it is not at all sure that the preparatory work of the end of months will be fruitful.

Trump, on the eve of the summit, accused the NATO countries of defaulting for years on military spending. “Numerous NATO countries, which we are supposed to defend, do not keep to their commitment of two percent (which is low). They have also been negligent in their payments for years, which they do not. Will they pay back the US? “Trump tweeted on the Air Force One on the way to Brussels.

His plane ‘Air Force One’ landed at the airport of Melsbroek around 21.05 hours. He was escorted on his journey by his wife, Melania.

Regarding content, much is at stake at the NATO summit. The American president has the name to be quite fickle. It is far from certain that the final statement, which diplomats have prepared for months, will not be withdrawn at the last minute because Trump does not agree with the text.

The Heads of State and Government will handle the burden sharing, the financial division of tasks between the NATO countries. It is expected that especially Angela Merkel will have to pay for it.
The other thorny point is the defence leg of the European Union. If Europe keeps the defence industry within its borders, it will affect the sales figures of US arms companies.

There will be quite a lot of dangling in the coming days.

The days immediately before the NATO summit, it was all hands on deck for the security services. ‘We are facing the biggest operation ever regarding safety,’ said Olivier Van Raemdonck, the spokesman for Interior Minister Jan Jambon (N-VA).

The fact that the semi-finals of the World Cup and the NATO summit fit seamlessly together made it no more comfortable for the security services. ‘There are big screens all over the country where thousands of people gather. That may not be on the day of the NATO summit but the eve of it. That, therefore, remains a huge challenge ‘, says Van Raemdonck.

Still, it all works. “The NATO summit is planned well in advance, it would be bad if we could not handle it,” said Vincent Houssin, vice president of VSOA Police.