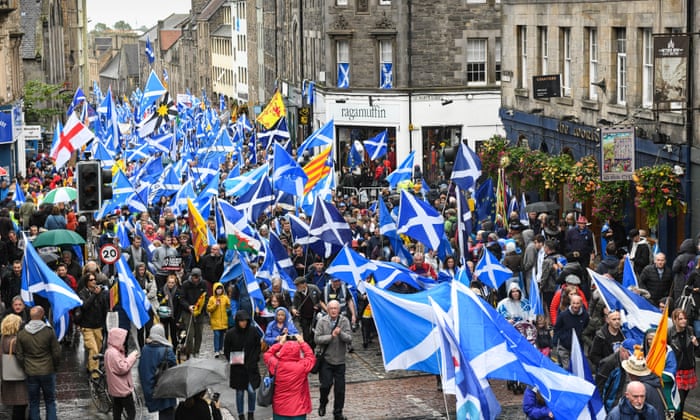 Tens of thousands of protesters took to the streets in the city of Glasgow on Saturday to show their support for Scottish independence.

The All Under One Banner (AUOB) group had called for the protest march in the Scottish industrial city.

AUOB wants a second Scottish referendum on independence before the end of the year.

“The rain has certainly not dampened our mood,” tweeted Scottish Justice Minister Humza Yousaf. “There are many EU flags here and also Scottish flags.”

At the first independence referendum in Scotland in 2014, 55 percent of voters voted to stay in the UK.

But polls show that support for separation has grown since then. One of the reasons for this is the Brexit rate of Prime Minister Boris Johnson.

EU Parliament Makes Buildings Available for Relief From the Corona…

Sean Middleton 2 hours ago 0
US

People in the Trump and Pence Environment Tested for…