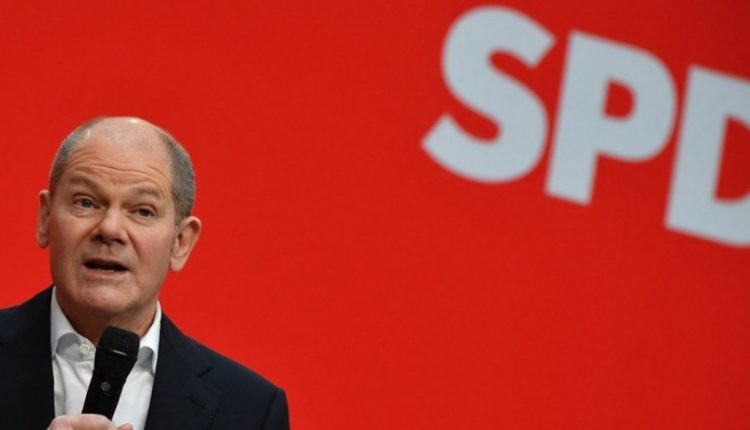 German SPD chancellor Olaf Scholz believes voters have given him a clear mandate to form a government. He is aiming for a coalition with the liberal FDP and environmental party De Groenen.

He said the rival CDU/CSU union should oppose it after being punished by voters, but they don’t seem to have any intention of doing so for the time being.

Scholz’s SPD received 25.7 percent of the vote, according to preliminary results. In comparison, the conservative bloc of CDU/CSU got stuck at 24.1 percent, an unprecedentedly bad result for those conservative sister parties. However, they have made it clear that they also want to try to form a government. This means that Germany may face a period of political uncertainty.

SPD and CDU/CSU have been in a coalition in recent years but do not seem to want to extend that cooperation for the time being. That means that the FDP (11.5 percent) and The Greens (14.8 percent) come into the picture as obvious coalition partners.

Scholz also agreed, who received applause and flowers at his party’s headquarters in Berlin on Monday. “The voters have spoken clear language. They have made it clear who should form the next government,” he said. “They have strengthened three parties: the Social Democrats, Greens and FDP.”

“The CDU and CSU have not only lost a lot of votes but also received a message from the citizens,” said the SPD leader, who wants to succeed CDU Angela Merkel as chancellor. “They should no longer be in government. They should be in the opposition.”

It remains to be seen whether the FDP and the Greens want to join a government together. The two parties are ideologically far apart. However, FDP leader Christian Lindner has suggested that the two smaller parties should consult each other before entering into talks with the SPD or CDU/CSU.

The parties will informally consult each other in the coming days to see which coalitions are possible. If sufficient progress is made, formal negotiations can be started. However, those could drag on for months. In addition, Scholz’s SPD has presented important decisions to members of the party in the past. That could also cause delays.

In the meantime, Germans do not have to say goodbye to Chancellor Merkel. She does not want a new term in office but will remain in office until a new government can be formed. If that lasts longer than until mid-December, she will also become the longest-serving chancellor since World War II.