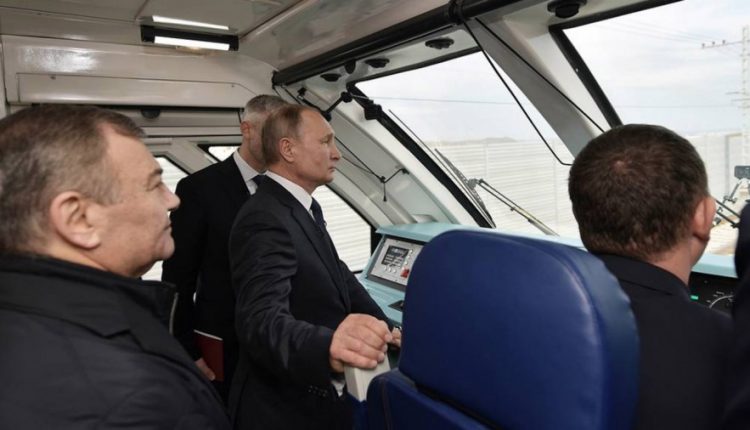 Russian President Vladimir Putin has opened a train route to the Crimea, the Ukrainian peninsula that annexed its country in 2014.

For the occasion, Putin rode on a train over the 19-kilometre bridge between southern Russia and the Black Sea region.

The new train connection connects Crimea with Moscow and Saint Petersburg, the largest cities in the country.

A first passenger train left Monday with hundreds of passengers from St Petersburg. According to Russian media, that train takes more than 43 hours to reach Sebastopol.

Putin watched via a video connection at the train’s departure. He stated that around 14 million passengers and 13 million tonnes of goods should be transported across the line next year. Passenger trains will depart from the capital Moscow on Tuesday to the annexed peninsula.

Ukraine still wants Crimea back and was against the construction of the enormous bridge.

Restless Christmas in Hong Kong – Clashes between Police and Demonstrators