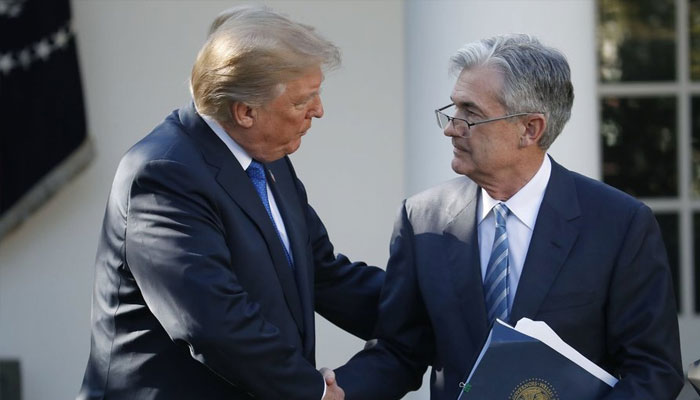 That is what the ‘Fed’ states after a two-day policy meeting.

With the decision of the Federal Reserve, the current interest rate bandwidth of between 2.25 and 2.5 percent will be maintained.

At the end of March, the ‘Fed’ also determined to leave the interest rate unchanged.

Then the system of central banks declared that they would not anticipate a further interest rate rise for the remainder of the year.

US President Donald Trump called on the Federal Reserve on Tuesday to lower interest rates.

Trump made the comparison with the Chinese central bank and claimed,

that the economy would get off the ground with an interest rate cut.

He has spoken out against the central bank for some time because of earlier interest rate increases.

The Federal Reserve boosted the US economy considerably after the financial crisis,

but since 2015 the ‘Fed’ has already raised the interest rate at which banks can borrow money at the central bank nine times.

The American economy seems to be able to do without an incentive in recent years.

The economy increased by 3.2 percent in the first quarter of this year.

However, this growth is not followed by high inflation.

The benchmark for inflation applied by the Fed was 1.6 percent last year,

“Usher Settles With A Woman”