China’s First Own Aircraft Carrier is Being Tested at Sea 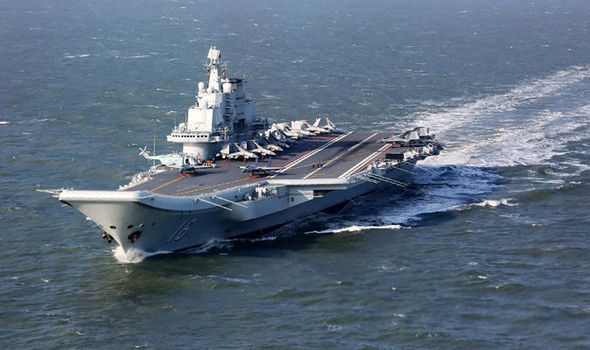 China’s First Own Aircraft Carrier is Being Tested at Sea. China has sent its first aircraft carrier, which has been built entirely in its own country, to sea for testing. In the past year, weapons and other systems have been installed on the ship, reported by 99 News.

The ship, which has no name yet, has left its yard in the port city of Dalian. The maritime authorities have ordered shipping traffic to avoid a part of the sea southeast of Dalian in the coming week.

State press agency Xinhua reports that the ship will check the reliability and stability of the ship and its systems. It is probably only taken into active service in 2020. China would eventually want to build six aircraft carriers, something that according to military experts would take decades.

Aircraft carriers are a very intimidating and effective weapon. China is involved in various conflicts with neighbouring countries over territorial waters and islands in the South China Sea. The US, which has ten aircraft carriers in active service and a number under construction, also has trouble with Chinese claims.

Barclays Wins A Lawsuit About A Controversial Deal