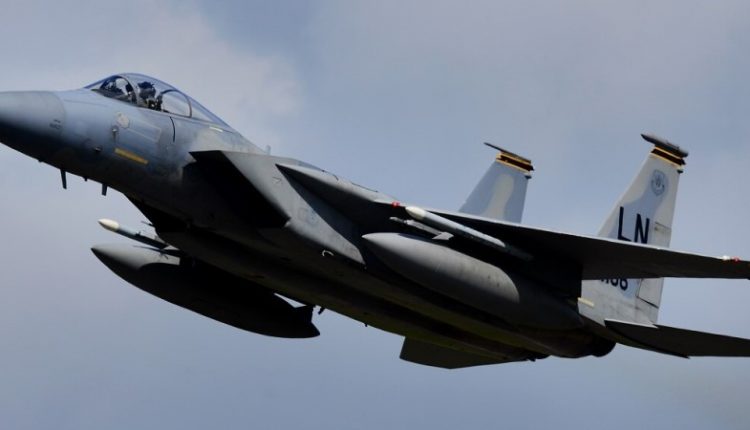 The British Coast Guard has launched a search for a US Air Force fighter plane that crashed this morning in the North Sea, some 150 kilometres off the English coast.

The pilot is missing.

The fighter, an F-15 C Eagle, crashed this morning around 19.40 in the North Sea, about 150 kilometres off the English coast, near the county of Yorkshire.

It had taken off from RAF Lakenheath Air Force Base in Suffolk. That is the most extensive US airbase in England, about 4,000 soldiers are stationed there.

The aircraft flew in a formation of four aircraft, during a regular training flight according to the United States Air Force. The cause of the crash is not clear.

The pilot was only onboard the aircraft. He may have tried to crash-land on the water. The plane and pilot are missing.

The British Coast Guard has launched a search and rescue operation that includes lifeboats and a helicopter. Other boats are also on their way to the scene of the accident.